Grease! is the word!! Beat those winter blues and travel to Riverside Center for the Performing Arts for the Art for Grease! Travel back in time to 1959 to Rydell High’s senior class of 1959: duck-tailed, hot-rodding “Burger Palace Boys” and their gum-snapping, hip-shaking “Pink Ladies” in bobby sox and pedal pushers, evoking the look and sound of the 1950s in this rollicking musical. Head “greaser,” Danny and new girl, Sandy try to relive the romance of their “Summer Nights” as the rest of the gang sings and dances its way through such songs as “Greased Lightnin’,” “It’s Raining on Prom Night,” “Alone at the Drive-In Movie”. Recalling the music of Buddy Holly, Little Richard, and Elvis Presley, Grease became the soundtrack of a generation. Enjoy great seats and a plated lunch before the matinee production.

Having witnessed Jason Petty, the “Star of “Country Royalty,” perform for us the first time six years ago, I was an immediate fan.  I can’t say I was a big fan of Hank Williams or Country Music for that matter, but after Jason’s performance, I was sold on Hank and Country Music!  Jason delivered the most passionate and awe-inspiring performance I have ever seen, and I’ve seen many. I don’t quite know how or when it happened, but I was mesmerized by his every word and like a “deer in the headlights,” I couldn’t move! I was hooked in the moment waiting for his next word; I was transfixed on a story I had never heard before.  Was it his singing, his mastery of the guitar, his delivery, his acting?  I honestly can’t say exactly what is was, but I do know I wanted more! Larger than life, Jason, for that moment in time, was Hank Williams!  True to his words . . .  Jason puts it like this – “I treat the stage like my front porch, so let’s all gather ‘round and do some singing and storytelling and have a night of it.”  I couldn’t agree more!

Join us for an afternoon of “Country Royalty” as two of the largest legends of country music perform together on stage . . .  Hank Williams and Patsy Cline!  Jason Petty, star of “Hank Williams Lost Highway” and 2003 Obie Award winner, re-creates the role he has become famous for, while vocalist Gail Bliss, star of “Just a Closer Walk with Patsy Cline,” gives her jaw-dropping performance as Patsy! Between the two, they’ve performed on Broadway, the Grand Ole Opry, the Ryman Auditorium and many other great venues around the country!  “Country Royalty” features a live band as Jason and Gail perform over 20 of Hank and Patsy’s chart-topping hits like: I’m So Lonesome I Could Cry, Walkin’ After Midnight, Your Cheatin’ Heart, Crazy, Hey Good Lookin, I Fall To Pieces, Move it on Over, Leavin’ On Your Mind, Lost Highway, Sweet Dreams, and more!  Spend a thrilling afternoon of song as they honor the legendary performers that helped make Country Music great!  Event to be held at the Glen Allen Cultural Arts Center at Glen Allen – 2880 Mountain Road – Glen Allen, VA  23060 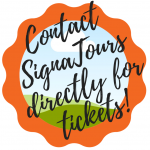 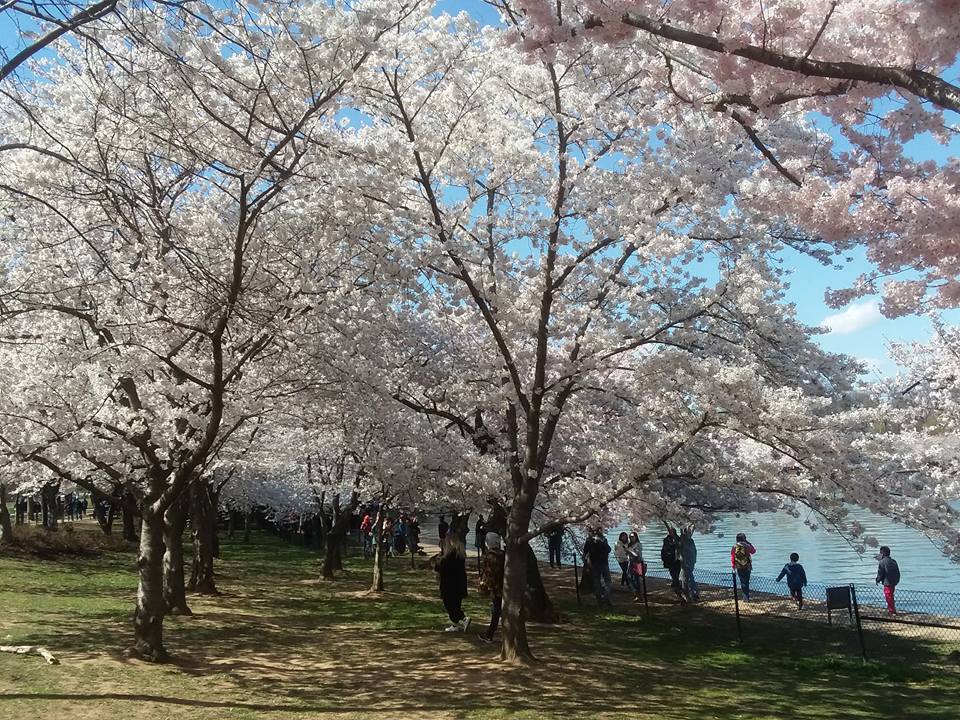 A visit to the nation’s capital in the spring is a beautiful sight to behold during the annual Cherry Blossom D.C. tour!  Visit the Franklin Delano Roosevelt Memorial, a stunning sculpture honoring our 32nd President of the United States.  It’s also a great vantage point to view the Cherry Blossoms!  Next, enjoy an elegant luncheon cruise aboard the luxurious Odyssey. Its unique design allows for travel beneath the historic bridges spanning the Potomac and its glass atrium dining rooms offer spectacular panoramic views.  Choose from a delightful menu of creative appetizers, entrees, and desserts.  As a special treat in the afternoon, visit the US National Arboretum for a guided tour. Encompassing over 400 acres on the northeast side of DC, they boast 14 different varieties of Cherry Blossoms. Learn about the ongoing research and take a brief walk thru the National Herb Garden. Please Note: Peak bloom for blossoms is subject to Mother Nature, but this date, on average, is the best time to visit.

Riverside Center for the Performing Arts is excited to be one for the first to bring this popular Broadway musical to Virginia.  Inspired by real events and featuring the bluegrass-tinged Grammy-nominated Steven Martin and Edie Brickell score, Bright Star is a sweeping tale of love and redemption set against the rich backdrop of the American South in the 1920s and ’40s. When literary editor Alice Murphy meets a young soldier just home from World War II, he awakens her longing for the child she once lost. Haunted by their unique connection, Alice sets out on a journey to understand her past – and what she finds has the power to transform both of their lives. Propelled by an ensemble of onstage musicians and dancers, the story unfolds as a rich tapestry of deep emotion, beautiful melodies, and powerfully moving performances. An uplifting theatrical journey, Bright Star is as refreshingly genuine as it is daringly hopeful. Enjoy great seats and a plated lunch before the matinee begins. 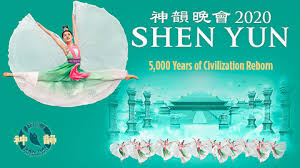 Don’t miss this rare opportunity to see Shen Yun, an amazing theatrical experience at the beautiful Kennedy Center in the heart of Washington, D.C.

Shen Yun Performing Arts Company is the world’s premier classical Chinese dance and music company. Established in New York in 2006 by elite Chinese artists, they came together with a shared vision and passion – to revive the lost world of traditional Chinese culture and share it with everyone.

Sign up TODAY!  A plated lunch is included at the popular Filomena Italian Restaurant before the matinee production.

Payment due no later than March 4th

Marking the75th Anniversary of the end of World War II and honoring the courage and sacrifice of the Greatest Generation, this year’s Virginia International Military Tattoo Show held at the Norfolk Scope Arena, offers an astounding display of inspirational military music, majestic massed pipes, and drums, show stopping drill team maneuvers, colorful and elegant dancers, and much more.  The 24th annual Tattoo features over 1,000 performers from eight countries and promises to be one of the most moving ever, as they commemorate, remember, and celebrate the men and women who changed the course of history, not only for the United States but for the world. The displays of stirring music, historic photos and video, tributes from military bands, and special appearances by veterans make this an event beyond comparison. Lunch is included en route at everyone’s favorite Wakefield, VA restaurant . . . the Virginia Diner.